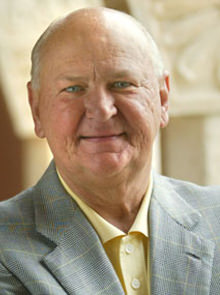 H. Wayne Huizenga is Owner and Chairman of Huizenga Holdings, Inc., a private money management firm. He is Chairman and Chief Executive Office of Boca Resorts, Inc. (NYSE:RST), owner-operator of luxury resorts in South Florida. He is currently a board member and past Chairman of both AutoNation, Inc., (NYSE:AN) and Republic Services, Inc. (NYSE:RSG). In addition, he is sole or majority owner of several service businesses and has numerous real estate interests throughout Florida. Previously, Mr. Huizenga was Chairman of the Board of Extended Stay America, Inc. (NYSE:ESA), Vice Chairman of the Board of Viacom, Inc., and Chairman of the Board and Chief Executive Officer of Blockbuster Entertainment Corporation. He directed Blockbuster for 19 stores to a position of world leadership in the home entertainment industry. In 1994 he sold Blockbuster to Viacom for $8.5 billion. Mr. Huizenga owns the National Football League’s Miami Dolphins and Pro Player Stadium. In July 1991, he was awarded the franchise for the Florida Marlins Major League Baseball team, the state’s first. In November 1992, he was awarded the franchise for the National Hockey League’s Florida Panthers. In January 1971, Mr. Huizenga co-founded Waste Management, Inc., which today is the world’s largest waste collection and disposal company. He served as President, Chief Operating Officer, Vice Chairman, and Director before retiring from that company in 1984.