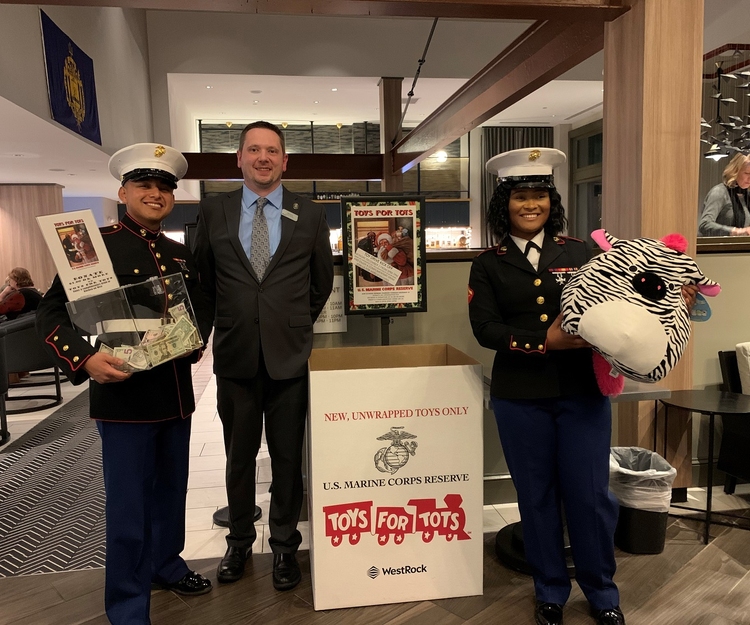 Over the recent holiday season, the Hilton Garden Inn Annapolis Downtown partnered with Toys for Tots to gather toys for needy children in their area. The hotel kicked off their campaign with a Kick Off Happy Hour featuring an appearance by members of the United State Marine Corps, who officially announced the opening of the donation bins for toys. Throughout December, the hotel offered a complimentary cocktail for anyone who donated a toy or made a cash donation to the organization. In the end, the hotel was able to donate a generous amount of toys and raise $850 for the cause. Congratulations team!