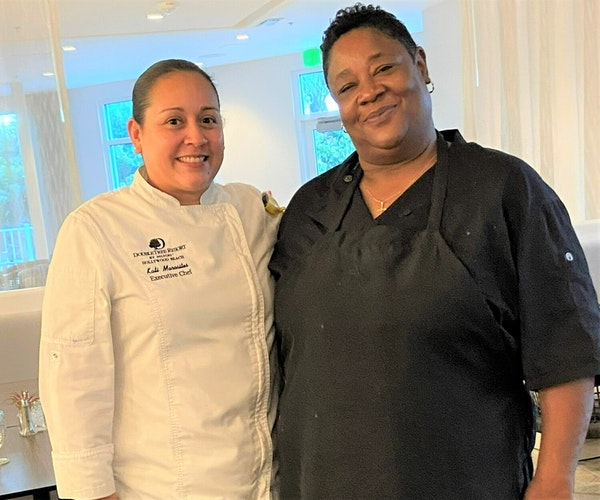 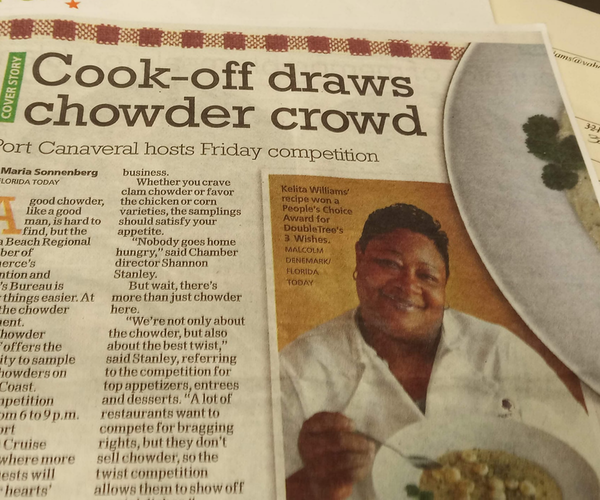 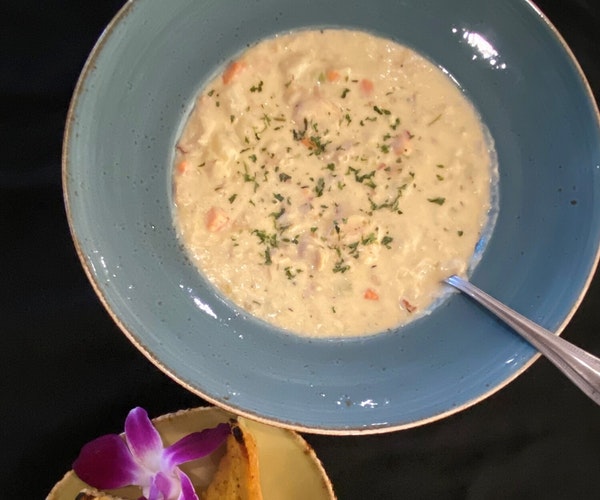 She doesn’t keep the recipe secret, but no one else can quite replicate Kelita Williams’ award-winning seafood chowder.

“I can give you the list of ingredients, just not the exact measurements because I mostly go by taste,” says Kelita, a cook at DoubleTree Cocoa Beach since 2004. “I keep adding things in until I get it exactly right.”

Getting it exactly right has garnered this cheerful chef plenty of accolades. She enjoyed a four-year winning streak of People’s Choice and Judges’ Choice awards at the Space Coast Food Festival’s Chowder Cook-Off; in 2017, she was honored as the Space Coast Tourism Development Council’s Hospitality Specialist of the Year and the Florida Restaurant & Lodging Association’s Restaurant Employee of the Year.

And now they don’t have to wait for the annual Chowder Cook-Off to enjoy it, because Kelita’s Seafood Chowder was recently added to the new menu at the DoubleTree’s rebranded restaurant, The Starlite.

“I put a lot of time into making my seafood chowder, and I put a lot of love into it, too,” says Kelita, who inherited the joy of cooking from her mother, also a chef. “Whenever I’m cooking, I’m thinking about the people who are going to eat it. I want my food to nourish their souls. I’m so happy when I hear a guest say, ‘Ooh, this is so good!’”

She hears that a lot. In fact, locals have started coming into The Starlite specifically for Kelita’s Seafood Chowder, a combination of clams, lobster, shrimp, carrots, celery, onions, spices … and that little-something-extra that only Kelita can add.

“I’m so proud to see my name on our menu,” Kelita says, “but I’ve gotta say: Chef Kati is wonderful, and all of the food here at the DoubleTree is really good!”