Choosing a Place to Stay 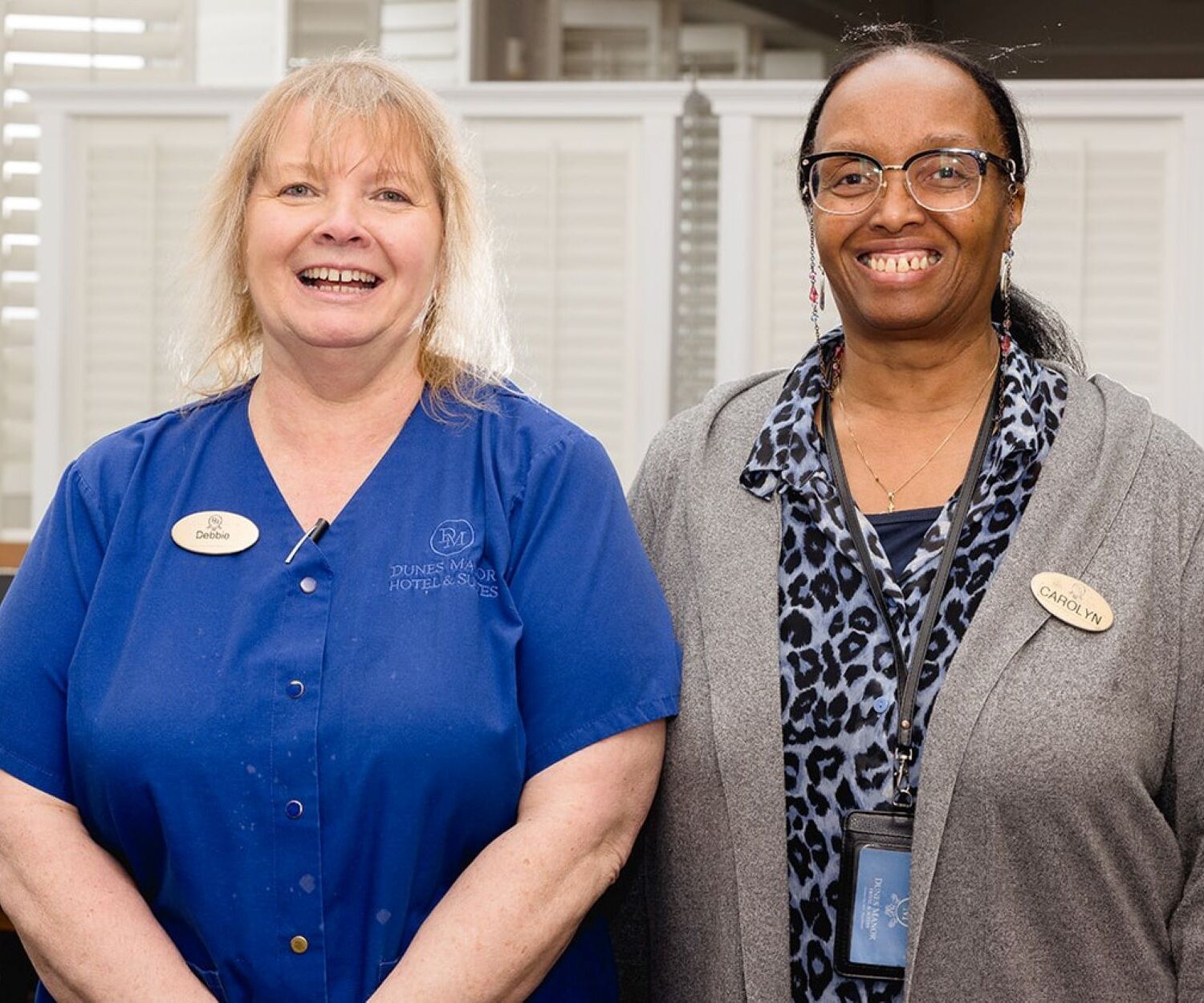 The Great Resignation gets plenty of press, with people across the country discussing JOLTS stats and record quit rates. But at Dunes Manor Hotel, Court & Suites in Ocean City, Maryland, two long-timers prefer talking about why it’s great to remain.

“When you love your job, there’s no reason to go anywhere else,” says Debbie Lee, a housekeeping supervisor who just celebrated her 20th work anniversary at Dunes Manor. “This is my first hotel job — and hopefully it’s my last.”

Committing to the long term reaps the benefits of consistency.

“Any job is what you make it,” Debbie says, “and this one is good. I like the people who work here. I like our guests. And I like what I do. Dunes Manor has always been a nice place to work.”

Carolyn Johnson — who last month marked her 26th year at the Ocean City property — agrees. She found her niche in hospitality when an employment agency sent her to Dunes Manor, though she initially didn’t expect to stay long.

“I was just going to give housekeeping a try,” recalls Carolyn, who was ultimately promoted to housekeeping manager. “Years came, years went, and I’m still here — now knocking on the door of retirement!”

“You get to know the regulars by name,” Debbie says, “and they’re always so appreciative of what we do. Many of them came here as children and now they bring their own kids here, which is wonderful to see.”

She also finds joy in Dunes Manor’s unique mystique. “When they drive by, everyone says, ‘Oh, it looks like a castle!’ and when they walk inside, they say ‘Wow!’”

While decades of working together turn colleagues into a tight-knit family, Carolyn says her biggest challenge today is pulling younger people into the profession. In addition to wages, she emphasizes the importance of providing incentives that recognize their hard work.

“We need to stress the value of the work housekeepers do,” Carolyn says, because how clean the rooms are can make or break a hotel. “Without good housekeeping, you won’t have a business.”

Elevating the guest experience is indeed a calling.

“I believe this is the work I was meant to do,” Carolyn says. “I’ve been here all these years because this is where God wants me to be.”

CAPTION: LONG-TIMERS Debbie Lee, left, and Carolyn Johnson have been elevating the guest experience at Dunes Manor for a combined 46 years.