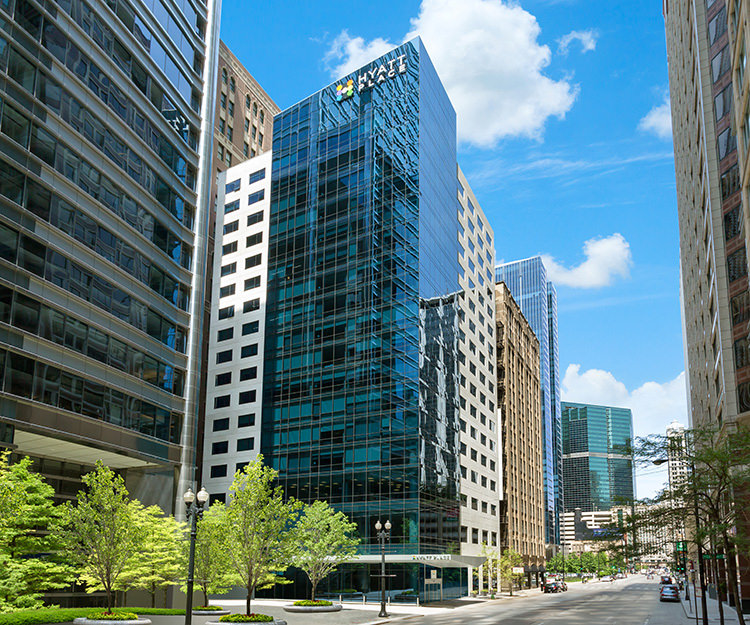 Hyatt recognized the Hyatt Place hotel as its 2015 “Development Project of the Year,” an award recognizing notable hotel openings in strategic locations. Hyatt Place Chicago/Downtown-The Loop has quickly become a top-rated guest favorite, with close proximity to the Financial and Theatre Districts and some of Chicago’s major attractions – including State Street, Millennium Park and the Magnificent Mile. OTO was also the 2013 recipient of the award for its Hyatt Place Los Angeles/LAX/El Segundo, and was the sole recipient of Hyatt’s most prestigious development award, “Developer of the Year,” in 2009.

“We’d like to extend our gratitude to Hyatt for this recognition, and to our development team for their well-timed approach to a complex development environment,” remarked Chief Executive Officer Corry Oakes of OTO Development. “As our second Hyatt “Development Project of the Year” award, we couldn’t be more thrilled, and look forward to developing many more Hyatt-branded hotels in the future.”

The property also achieved Silver LEED Certification from the U.S. Green Building Council. The LEED (Leadership in Energy and Environmental Design) rating system, developed by the U.S. Green Building Council (USGBC), is the foremost program for buildings, homes and communities that are designed, constructed, maintained and operated for improved environmental and human health performance.