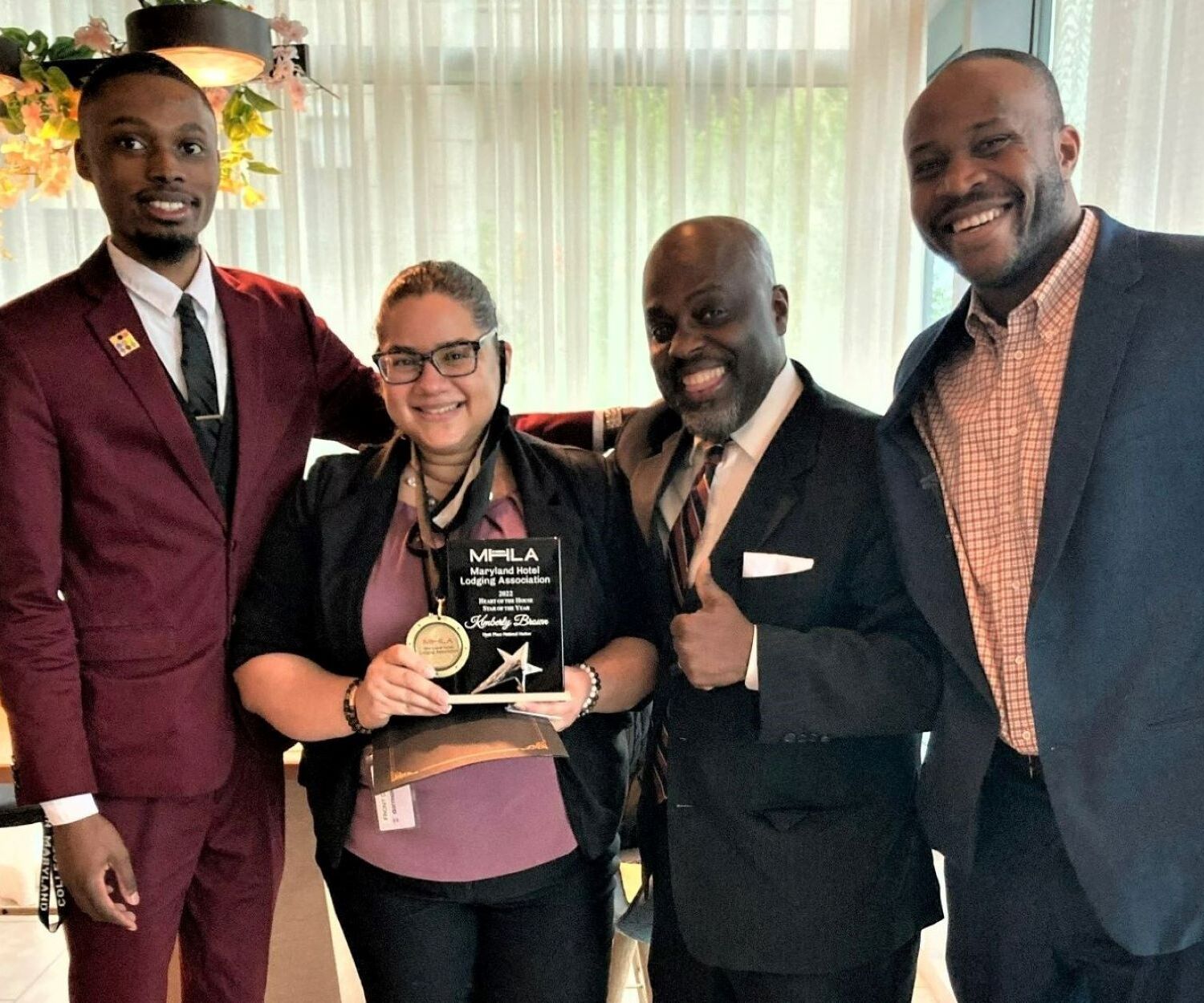 Colleagues have called her a rock star for years. Now, it’s official.

Kimberly R. Brown has been named a 2022 Star of the Industry by the Maryland Hotel Lodging Association.

A gallery host at Hyatt Place National Harbor, Brown received MHLA’s Heart of the House Star of the Year Award in the select-service category. The awards program, now in its 32nd year, recognized 28 of Maryland’s top hotels and team members who go above and beyond to provide excellent service to their guests and communities.

Brown also received a Citation of Travel and Tourism Excellence from the Maryland Department of Commerce Office of Tourism.

“This is so awesome,” says Brown, who was nominated by her peers for the MHLA honor. “I never expected to win an award like this. I didn’t think my coworkers paid that much attention to how I do my job.”

But they definitely do. Colleagues praise her genuine enthusiasm, positive spirit and exemplary work ethic as well as the multifaceted skillset she never hesitates to put to use. The nomination form includes a long list of compliments from hotel guests, too. Everybody says Brown makes them feel like the most important person in the room.

This energetic gallery host begins every shift by shouting “Good morning!” to guests as they come down to breakfast.

“I try to put a smile on everyone’s face,” Brown says. “I deal with guests nonstop, all day every day — and I love it!”

Brown has been part of OTO Development since March 2008, when she joined the opening team at Hampton Inn National Harbor. That was her first job in the hotel industry — previously, she worked at the Smithsonian National Zoological Park — and she immediately found a place to stay.

“I hate relocating,” Brown says. “If I like the job and the people are good, I want to stay a long time.”

When she did move on, a decade or so later, Brown didn’t go far. She joined the opening team at Hyatt Place National Harbor, a property that ultimately earned Hyatt’s Best New Property Award.

“Kimberly breathes hospitality and practices OTO’s Guiding Principles every day,” says Assistant General Manager Shelton Blue. “Her spirit lifts the guest experience, from the moment they walk in the door until the moment they leave. She makes everyone — guest and staff — feel respected and honored.”