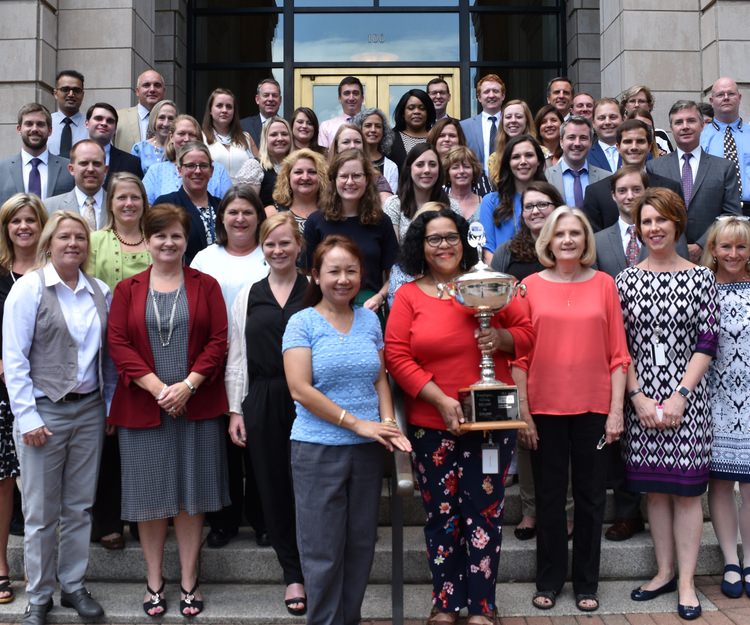 United Way of the Piedmont presented two awards to OTO Development in recognition of the hospitality company’s employee generosity.

Criteria for United Way’s Circle of Excellence include at least 70% employee participation with $100 per capita giving as well as 70% employee giving to the Community Impact Fund and Priority Areas. The Employee Giving Award recognizes the company in each category with the greatest increase in support.

OTO’s corporate office upped their donations by 31.5% over last year – the highest increase of any local organization by far, according to United Way. The company provided a tiered-level of incentives to encourage employee participation.

McClendon says that while the Spartanburg-based hotel development and management company is proud to be recognized by United Way, OTO is simply honored to support the community where its corporate office employees work, volunteer and raise their families.

“OTO Development encourages all of its hotel properties across the country to participate in and support their local charities,” McClendon says.