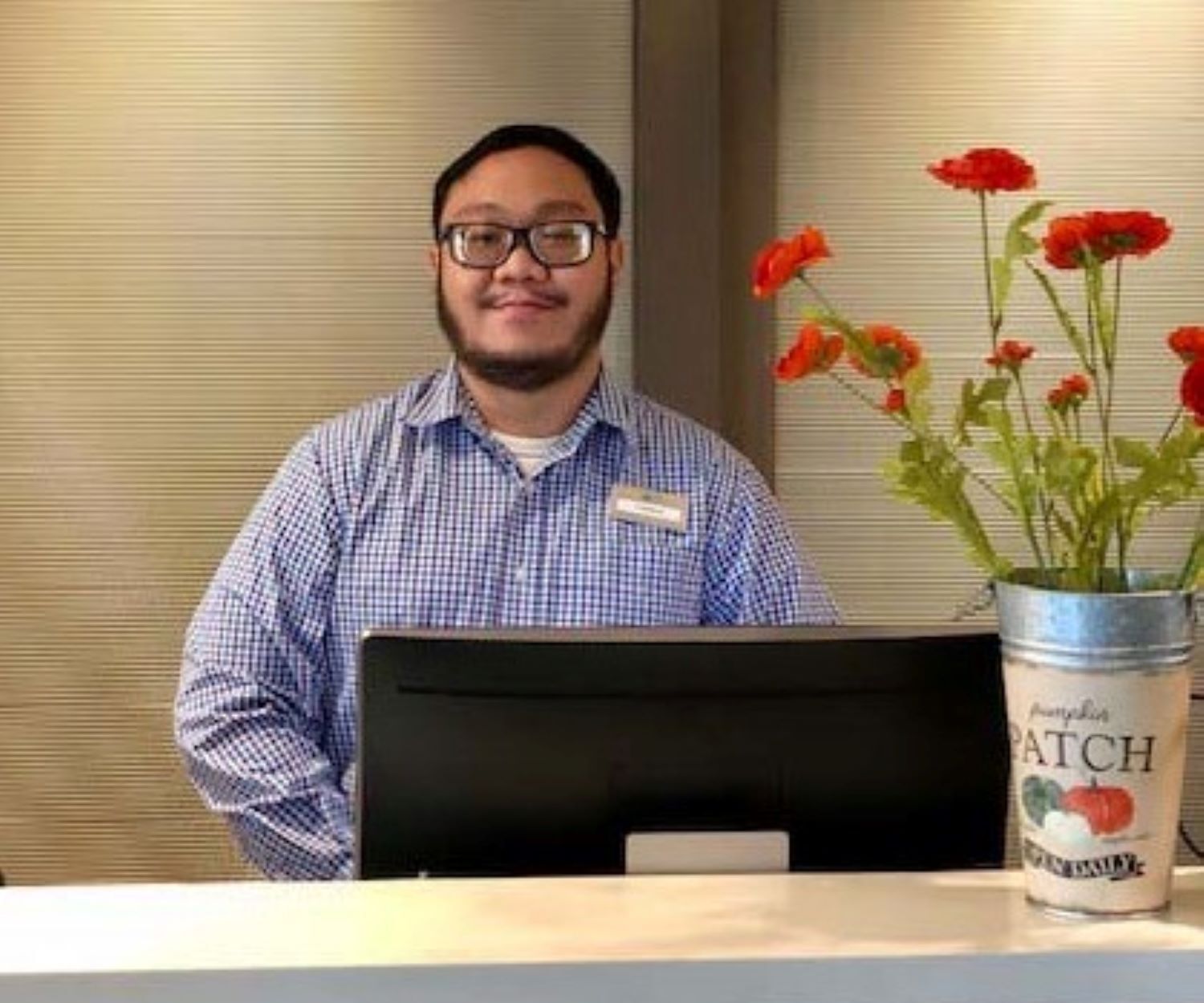 “I’ve been happy doing all these jobs,” says Francis, who joined the hotel as a housekeeper in November 2017 and began training across operations in March 2020. “I love learning and expanding my skills and doing new things, so I always say ‘yes’ to cross-training.”

While expanding skillsets is a healthy resume boost, the hotel’s cross-training initiative has its roots in the COVID-19 pandemic.

“When COVID hit, we had to get creative in order to keep giving the team hours,” explains Melodie Marin, General Manager of Homewood Suites San Jose. “When rooms weren’t being serviced, we offered cross-training to the housekeeping team so they could do something different and continue working.”

Thus Francis, already trained up as houseman, learned to cover the night audit desk. He was the property’s full-time night auditor for about six months before cross-training into a more guest-facing role on the front desk, where he now spends two-thirds of his workweek. He’s been known to pitch in with F&B, too.

Night auditing and manning the front desk might seem like a big change from housekeeping, but Francis has found more similarities than differences.

“Housekeeping is more physically intense — it is hard, hard work making sure everything is clean — but all of these jobs require the same attention to detail; each one has a list of things that must be done exactly right,” he says. “I like paying attention to details. Whether I’m cleaning a room or covering the front desk, I try to make things as perfect as possible.”

At 25 years old, Francis hasn’t yet determined his dream job. He’s been studying graphic design at Evergreen Valley College but now, after learning every area of hotel ops at Homewood Suites San Jose, he’s pondering a degree in hospitality instead.

“I’ll work a little more before I decide for sure,” Francis says, “but the long-term career opportunities at OTO are definitely exciting.”