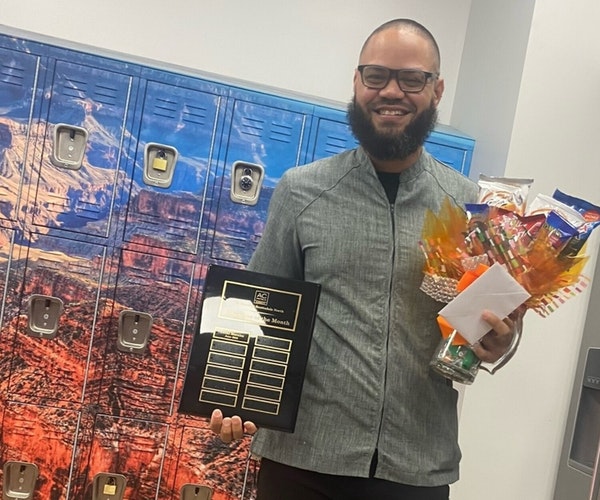 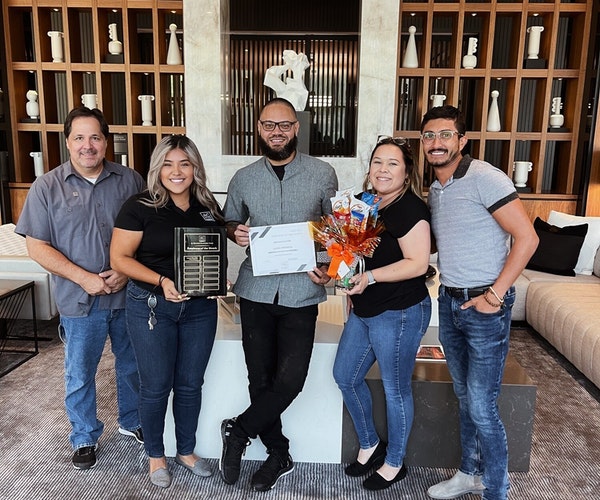 The first Employee of the Month at AC Hotel Scottsdale says the only thing nicer than winning the new award is knowing one of his colleagues will win it next time.

“I was so happy to be honored,” says Lucas Morales, “but everyone here deserves this award. We are such a great team.”

Morales joined AC Scottsdale as houseman during the hotel’s pre-opening process and was recently promoted to engineer. From his first day on the job, he’s been a positive force within the team and across the property.

“In the past year and a half, Lucas has built trust and amazing working relationships with everyone at the hotel,” says General Manager Ximena Sanchez. “He is super hands-on and is always willing to assist in any department when needed.”

Despite the ongoing chaos of the pandemic, AC Hotel Scottsdale opened its doors in January 2021 with all services up and running, including zero rooms out of order.

“Every day we make sure everything is working properly, so when guests check in, their room is perfect,” Morales says.

Morales pursued a job at AC Scottsdale because he was intrigued by seeing its design take shape in one of Scottsdale’s premier shopping, dining and entertainment districts. “I wanted the opportunity to work in this beautiful new hotel,” he says. “It’s a chance to be part of something special.”

Nothing bonds coworkers like opening a hotel together. Morales says the team feels more like family — and they strive to make guests feel like they’re part of the family, too. “People have a lot of options about where to stay, so we work hard to make them want to stay with us,” he says.

Morales appreciates OTO’s commitment to promoting from within — even if taking over as engineer felt a bit daunting at first.

“I was a little afraid because it was something different, something I’d never done before,” he acknowledges, “but it is good to learn new things. And now I’m ready to take some classes so I can keep growing in my job.”